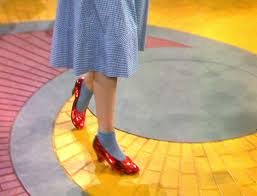 From The National Institute on Drug Abuse:

“Does relapse to drug abuse mean treatment has failed?

No. The chronic nature of the disease means that relapsing to drug abuse is not only possible but also likely. Relapse rates are similar to those for other well-characterized chronic medical illnesses, such as diabetes, hypertension, and asthma, which also have psychological and behavioral components. Treatment of chronic diseases involves changing deeply imbedded behaviors. For the addicted patient, lapses back to drug abuse indicate that treatment needs to be reinstated or adjusted or that alternate treatment is needed.”

What “alternate treatment”? There are a number of options for addicts out there, and they include programs for folks who don’t believe in a “higher power.” I’m so glad that the recovery net is spreading wider and including other sources of strength and help for the addict. My daughter Angie could not believe in God or reach beyond herself for recovery, and many addicts feel the same way. But many of them recover.

Whatever works, I always say. Addicts suffer badly enough from this cruel brain disease without being told as well how to find relief from it. There are many paths to recovery and remember: Dorothy may have been on a yellow brick road, but there was also a red brick road right next to it.