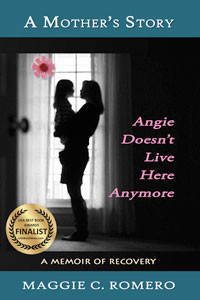 “In recovery, we learn to profoundly adjust our expectations, hard as it is. We raised one child, and now we have another. We are all too aware of the change that drugs have produced in our children.  A parent wrote in Sharing Experience, Strength and Hope a very revealing statement, something I could have written myself. It is a key to understanding my story, my mother and father’s stories, and my daughter’s painful struggle:

‘I expected my children to be perfect, to always do the right thing. I tried to control them by giving them direction and making them do things in a way that I felt was correct! When they didn’t, I could not handle it.

I could not accept their drug use and I felt that their behavior was a reflection on me. I was embarrassed for myself and scared to death for them. I became so distrusting of my children that I showed them no respect. I would meddle and invade their privacy looking for any excuse to challenge and confront them.

When I came to Nar-Anon, I learned that my interference and my attempts at controlling them were actually standing in the way of their recovery. I learned to let go of the control I never had in the first place.’

Weeks were passing by and I was growing suspicious that I wasn’t hearing more regularly from Angie.  I knew in my gut that they had moved to Richmond hurriedly for a reason, and if they were running away from something, they were probably using drugs too. I called this hotel chain later in the spring where she was supposed to be working, and of course they had never heard of her. This was another kick in the gut, another knowing what was right in front of me, and I could do nothing to stop it. She was a runaway train in the grips of her addiction, just like her mother had been many times before her.” Excerpt from my award-winning memoir, A Mother’s Story: Angie Doesn’t Live Here Anymore, by Maggie c. Romero